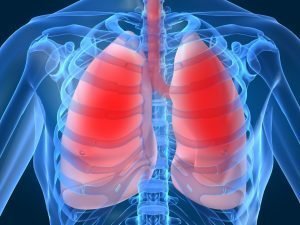 In the past 22 years we like to think we’ve played a part in raising awareness amongst a lot of different people through construction and related trades through free talks at Working Well Together events through to stopping people I’ve walked past or even had in as trades at home and speaking to them about the real risks and the misconceptions on the dangers of RCS exposure.

For most contractors, the message is getting to them and we now see more people wearing the right equipment more of the time.  Yes, we still have a long way to go but things are improving.  But what about those businesses that have raised awareness in their workforces and supply chains.  The slightly bigger companies which have really started to address risks from RCS, and also construction dust in general, at their sites – are they now compliant?  Are they managing risks to the correct standards?

We think that the answer to that question is No.

HSE document G404: COSHH Essentials. Health surveillance for those exposed to respirable crystalline silica gives good advice on what you are expected to do to monitor the health of your workforce and we’d suggest that you review it.  Particularly because Regulation 11 of COSHH (Health Surveillance) is a key area of fines under HSE’s Fee For Intervention scheme, as we stated in our White Paper on Fee For Intervention.

If you’d like to delve a little deeper and make sure your occupational health provider is as competent as your Occupational Hygienist (that’s us) then also review the supplementary document here which provide questionnaires and more specific advice on what to include in this health surveillance programme and who the competent person should be for carrying out each stage of the health surveillance programme.

Subsequent health surveillance (as detailed in Example 2) would be repeated annually (or earlier if indicated by the results of health surveillance or if a worker complained of symptoms in the intervening period). The employer may appoint a responsible person (supported by an appropriate health professional) so that workers can report symptoms.