Changes to PPE Regulations are on their way

Outsource Safety LtdSafety newsChanges to PPE Regulations are on their way
January 13, 2022 Posted by Roger Hart

Since 1992 we have been under the Personal Protective Equipment at Work Regulations, part of what was known as the ‘six pack’.  These regulations linked into our earlier legislation regarding protecting workers health, building on the general responsibilities which employers have for their employees under the Health and Safety at Work Act.  The impact for most clients is likely to be slight unless they consistently employ workers on short term basis or contract-in workers to cope with periods of higher demand and make it a condition of work that these staff supply their own Personal Protective Equipment.

Read on to find out how you might be affected. 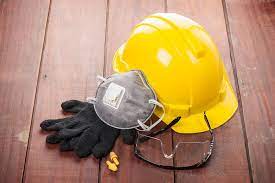 Everyone who has worked in health and safety is familiar with the responsibility of the employer to provide anything which protects the health of the employee without charge, Personal Protective Equipment might include:

The PPE Regs have served us well but last year HSE launched a consultation on their update which can be viewed here: https://consultations.hse.gov.uk/hse/cd289-amends-ppe-work-regs-1992/  This consultation was launched in response to a case heard in the High Court brought by the Independent Works Union of Great Britain.  The Court ruled in 2020 that the government had long failed to properly incorporate certain relevant European Union directives into U.K. law. The amendments will cover England, Scotland and Wales.

The consultation proposes an extension of the requirement for the provision of protection without charge to what is known as limb (b) workers.  This might reasonably lead you to a good question – what exactly is a limb (b) worker?  We’ve defined this below:

Here’s an example, taken from that same document which defines who a limb (b) worker might be:

Example  of a limb (b) worker

‘Penny’ works casual or irregular hours for ‘Acme Drivers’ as a private hire driver. When Acme Drivers contact Penny about a job, she can refuse to do it if she wants. Generally, she is the only person who can complete the work if she does decide to do it (i.e. she can’t get someone else to drive a customer for her and still get paid herself). The customers pay Acme Drivers, not Penny, for the service. Penny gets the minimum wage and holiday pay (but not other employment rights) from Acme Drivers. Based on this description, Penny is a limb (b) worker, as she is not working for herself (i.e. self-employed), but she is also not an Acme Drivers employee as the work is irregular and she can refuse to do it.